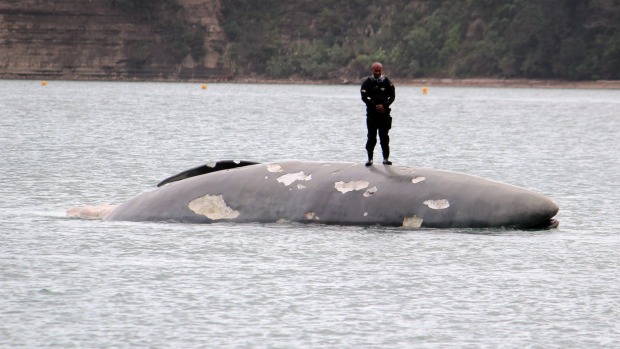 Movie-star spotters hoping to catch a glimpse of Jason Statham and Ruby Rose didn’t get to see them today during filming on the Whangaparaoa Peninsula.

But they were introduced to the actors’ co-star, a shark-savaged whale, which was spotted floating in the Hauraki Gult.

If the filming of movie Meg wasn’t already Auckland’s worst kept secret, seeing the whale hauled along the super-city’s motorways to Gulf Harbour would have been a dead giveaway.