In this fifth installment of Steve Alten’s New York Times bestselling MEG Book Series, the basis for the feature film The Meg, starring Jason Statham as Jonas Taylor–Nighstalkers picks up where MEG: Hell’s Aquarium left off.

Bela and Lizzy, the dominant Megalodon siblings from Angel’s brood, have escaped the Tanaka Institute to roam the Salish Sea in British Columbia. While Jonas Taylor and his friend Mac attempt to either recapture or kill the “sisters,” Jonas’s son, David, embarks on his own adventure, motivated by revenge. Having witnessed his girlfriend’s gruesome death, David has joined a Dubai Prince’s ocean expedition, tracking the 120-foot, hundred-ton Liopleurodon that escaped from the Panthalassa Sea. Haunted by night terrors, David repeatedly risks his life to lure the Lio and other prehistoric sea creatures into the fleet’s nets, while battling his own suicidal demons.

Steve Alten weaves these storylines together in a page-turning thriller that culminates in a final showdown between the most dangerous predators ever to inhabit the planet. 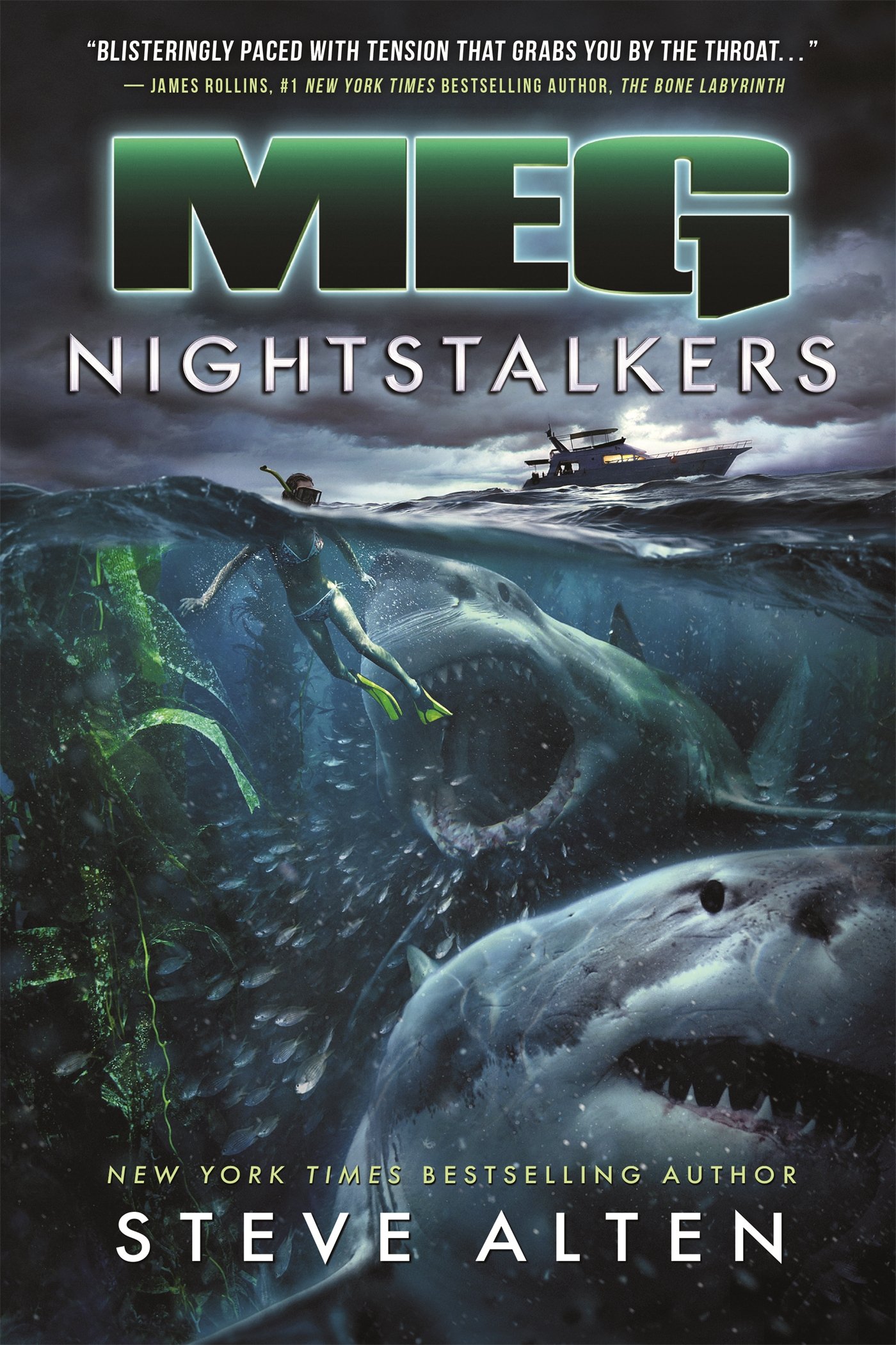