MEG: GENERATIONS opens where MEG: NIGHTSTALKERS left off. The Liopleurodon offspring has been moved to a holding tank aboard the Dubai-Land transport ship, Tonga for its journey to the Middle East. While the Crown Prince’s investors gawk at the creature, below deck in the tanker’s hold, another captured beast is awakened from its drug-induced state and goes on a rampage. The vessel sinks, the Lio escapes… and three distinct plots emerge to be woven together by master storyteller Steve Alten…

•The hunt to recapture the Lio.
•The hunt to capture and pen any surviving Megalodon pups birthed by Lizzy and Bela in the Salish Sea.
•A Stage-IV death sentence of cancer that will force Jonas Taylor to return to the most frightening location on Earth – the Panthalassa Sea. 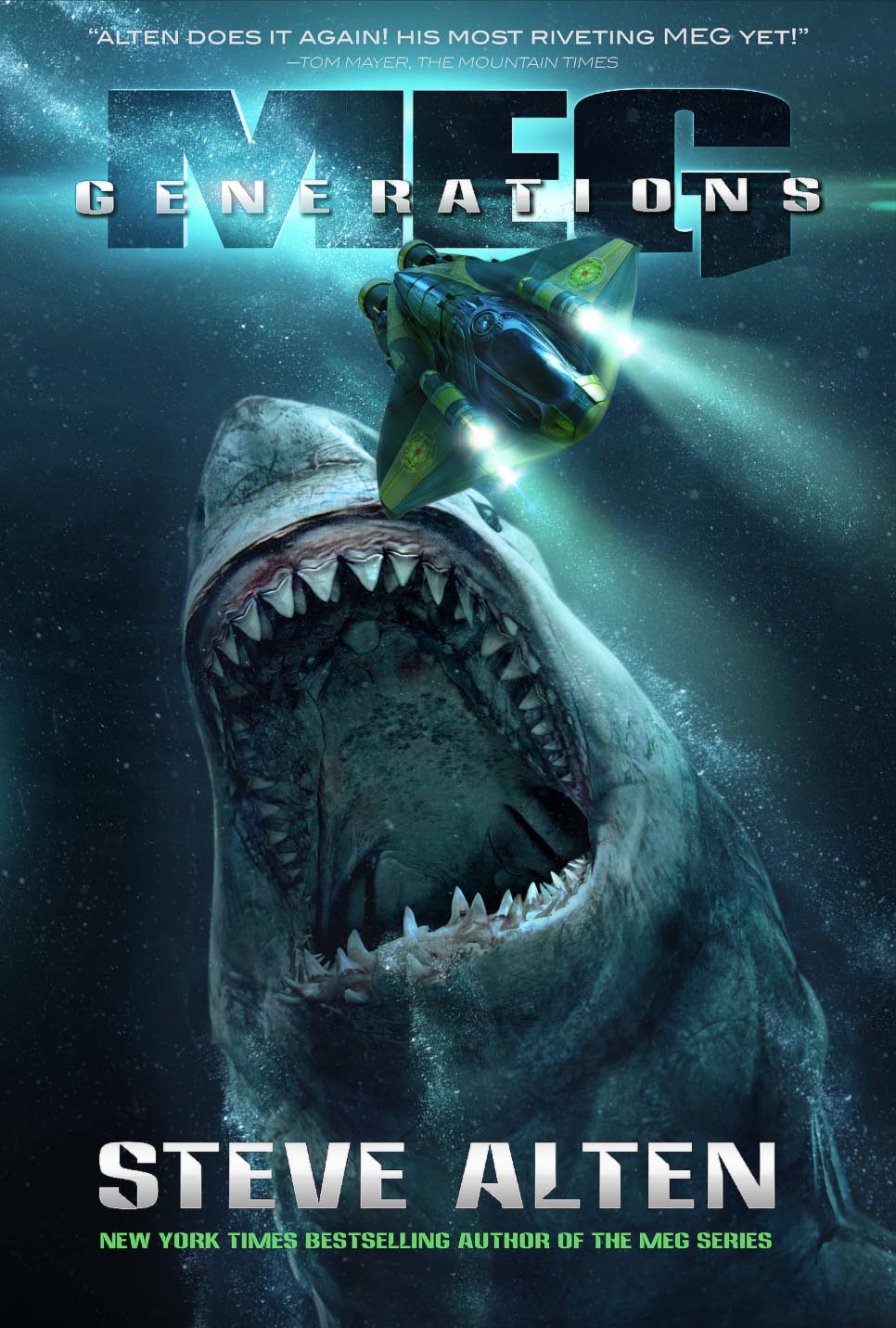