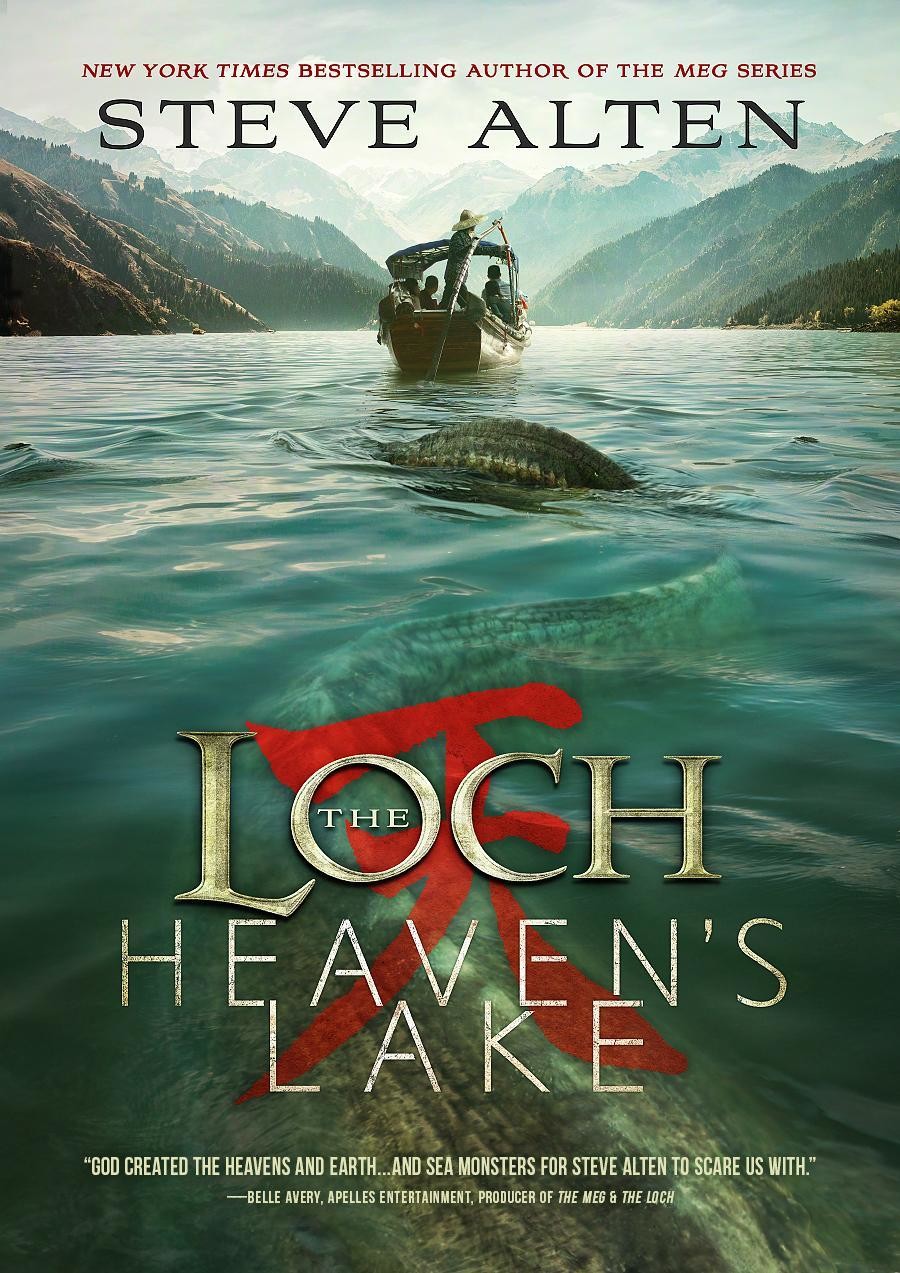 00018
$31.50
In stock
1
Product Details
Pre-Order your first edition hardback collector’s items.
All copies of The LOCH: Heaven’s Lake purchased before we go to print will be signed by Steve Alten.

A new LOCH Sequel brings Zachary Wallace to a mysterious lake situated in a crater atop a caldera in South China/North Korea after a series of monster sightings.

The LOCH: Heaven's Lake will be collector’s items from Day 1. These first edition hardbacks will NOT be sold in stores or at Amazon.com and we will only print what is pre-sold. For those who miss the boat, there will be an ebook… or there will be copies being offered online by LOCH SQUAD members who purchase multiple copies to be sold at inflated prices.

Pre-orders for part 3 of The LOCH series (Vostok is part 2) commenced back in February 2018 when I began writing the novel. Like MEG: Generations, the book will be a signed collector's first edition hardback which will only be sold on this website (scroll below). My goal was to finish the manuscript just before a studio press release announcing The LOCH movie had been greenlit, then send the manuscript to our printers.
So much for that goal...

Two major things happened. First, COVID hit the world. For movie studios, every production schedule was pushed back 2 + years. Normally, I would have just finished writing the book and held the release, but I was not happy with the storyline. And so I took a much needed break from the novel to create www.SeaMonsterCove.com and its two TV series.

The break enabled me to return to LOCH-3 last year with a clear mind. First however, I went back and read VOSTOK which is part 2 of The LOCH series. In doing so I realized how detailed and layered VOSTOK was and how I had purposely left unanswered questions that would play major roles in LOCH-3. For the first time I could see the forest for the trees - and wow - what a story - this was far more complex than I had intended with a huge payoff for the reader if I could pull it off.

As of early April 2022 Parts 1 & 2 have been completely rewritten to accommodate part 3 which had already been written but now makes much more sense, setting up for the huge payoff in part 4.

So - when will the manuscript be finished and the books printed and delivered? My intent (for whatever that is worth) is to finish everything before the end of the year... just in time for a LOCH movie announcement - fingers crossed.


The LOCH: Heaven's Lake
Prologue thru Chapter 4
and a special bonus!
(plus a personal update and message from Steve Alten)


Save this product for later
Display prices in: USD